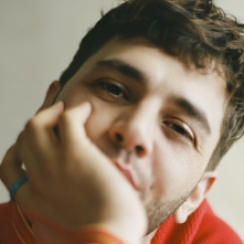 Xavier DOLAN (1989, Canada) is an actor, screenwriter and filmmaker. His semi-autobiographical debut film I Killed My Mother (2009) was screened internationally and won many awards, including the Prix Regards Jeunes in Cannes and Best Canadian Feature Film at the film festival in Vancouver. His second feature Les amours imaginaires/Heartbeats, in which he is one of the main actors, premiered in Cannes. Juste la fin du monde/It's Only the End of the World won the Grand Prix award in Cannes in 2016. Dolan wrote and directed Matthias et Maxime in 2019, and also plays one of the lead roles.