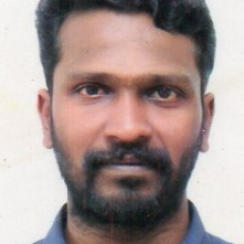 Vetri MAARAN (1975, India) is a filmmaker, screenwriter and producer, who works in the Tamil film industry. He studied English literature at Loyola College in Chennai in the 1990s, but discontinued his Master degree in pursuit of a film career. In 2007 he made his debut with Ruthless Man, followed by Arena in 2011, for which he received several National Film Awards.