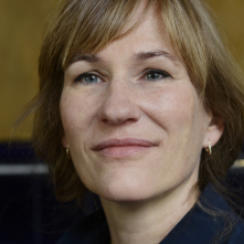 Valeska GRISEBACH (1968, Germany) studied Philosophy and German Literature in Berlin, Munich and Vienna. In 1993, she started at the film academy in Vienna, where one of her teachers was Michael Haneke. Her graduation film Mein Stern (2001) was awarded Best Film at the film festival in Turin and the FIPRESCI Critics’ Award in Toronto. Sehnsucht (2006) won the Special Jury Award in Buenos Aires and Warsaw, and the Grand Prix Asturias in Gijón. She also taught at the film school in Berlin (DFFB). Just like in her previous films, for Western (2017) Grisebach mainly worked with non-professional actors.