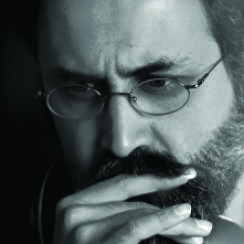 Vahid JALILVAND (1976, Iran) is filmmaker and screenwriter. His first film was Wednesday, May 9 (2015) and received the FIPRESCI Award at the Venice International Film Festival. His next film No Date, No Signature (2017) also won him several prices, among others the award for Best Director and Best Actor at the 74th Venice International Film Festival.