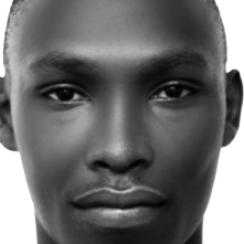 Peter TUKEI MUHUMUZA (1985, Uganda) is a multimedia artist. He works as a photographer, painter and filmmaker of primarily stop-motion animations. Tukei Muhumuza has worked with Dutch multimedia artist Arno Nollen and attended the Maisha Film Lab in 2009. He is the recipient of Oberhausen's International Award for Human Rights, and was nominated for the Tiger shorts Award at Rotterdam. He is passionate about telling African stories in a global context using both their indigenous languages and English.