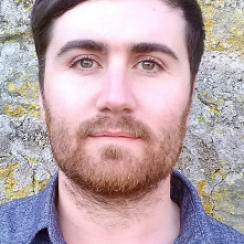 Thomas MAURY (France, 1986) made his first film, a homemade documentary, when he was teenager. He completed his bachelor and master’s degree at the Haute école des arts du Rhin (HEAR) in Strasbourg. In 2010, just after graduation, he started working on a film about Phill Niblock, one of the major American minimalist music composers. He would continue to work on this film until 2018. In 2014, Maury created a film and music festival in Dordogne called Hydraphonies. The festival focuses on audiovisual performances in churches, chapels and cathedrals of this area of France. Maury is also a high school art teacher.