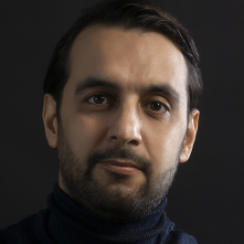 Teymur HAJIYEV (1982, Azerbaijan) is director, producer and screenwriter. He obtained degrees in Economic Cybernetics and Marketing in Baku and the USA before crossing into filmmaking. He made his mark as a producer when he founded FIL PRODUCTION in 2013, which created a number of short films that have gone international. During that same year, Hajiyev directed his short film debut The Wound, which premiered in Palm Springs. His second short Shanghai, Baku (2016) was screened at 21 international film festivals. At IFFR 2019, salt, pepper to taste will have its world premiere.