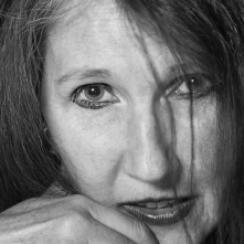 Tessa HUGHES-FREELAND (UK) is a New York-based writer and filmmaker. Her films often deal with "confrontational, transgressive, provocative and poetic" subject matter. She was an important member of the No Wave Cinema movement in the 1970s and 1980s, and the subsequent Cinema of Transgression movement. In 1982, she directed her first short film Walking Film. She founded the New York Film Festival Downton together with Ela Troyano in 1984. Along with Annabelle Davies, she co-directed the short film Dirty (1993), which touches upon topics such as necrophilia and incest. In 2001, she was named a fellow of the New York Foundation of the Arts. Her work has been screened around the world, including at the MoMA, the KW Institute of Contemporary Art in Berlin and the Seoul Museum of Art.