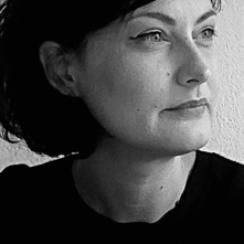 Simona KOSTOVA (1983, Bulgaria) studied Acting in Sofia, followed by several roles in theatre performances in the Bulgarian capital. While working as an actress, she became increasingly interested in the field of directing. In 2009 she moved to Berlin where she studied directing at the German Film and Television Academy Berlin from 2010. Her feature debut Dreissig/Thirty has its world premiere at IFFR.