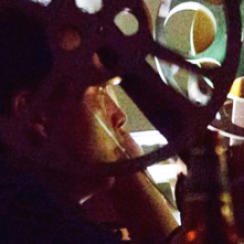 Simon LIU (1987) grew up in Hong Kong and Stoke-on-Trent in the UK. In 2006, he moved to New York to study Film and Television Production at Tisch School of the Arts, and he currently works as a director in Brooklyn. There, he creates short films and 16mm projection works which have been shown at IFFR, Toronto IFF, BFI London IFF, Edinburgh IFF, Centre Pompidou in Paris and Werkstatt der Kulturen in Berlin. Signal 8 (2019) has its international premiere at IFFR 2020.