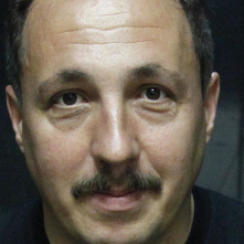 Sergio CABALLERO (1966) has worked in the fields of electronic composition, visual arts and conceptual art. Along with composer Pedro Alcalde, he has created musical compositions for the National Dance Company. He is co-director of the famous SONAR Festival in Barcelona for 'Advanced Music and Multimedia Art', where he is responsible for the visual side. His debut feature film Finisterrae won him a Tiger Award at IFFR 2011.