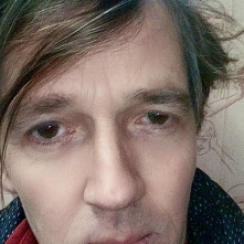 Serge ONNEN (1965, France) is an artist who works with different pre-cinematographic techniques and has shown his work in museums and galleries around the world. Onnen studied at the Rijksacademie in Amsterdam and now teaches at the Rietveld Academy. His short film Cloacinea, which he made together with Sverre Frederiksen, was selected for Hivos Tiger Competition for Short Films in 2017, the same year that his installation It’s Always Darkest Before it Becomes Totally Black will also be shown at the festival.