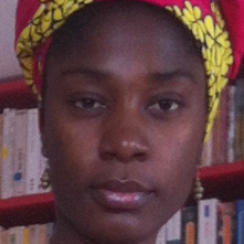 Rosine Mfetgo MBAKAM (Cameroon) started working at COE where she was trained in editing and directing. She made several documentaries for this NGO. In 2003, she joined the team of STV (Spectrum Television) where she made audiovisual programs. In 2007 Mbakam left Cameroon for the first time in her life to study film at INSAS in Belgium. Les deux visages d'une femme Bamiléké (2017) is her debut film.