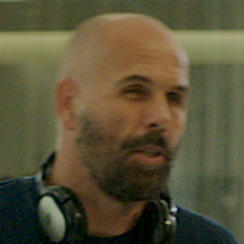 René ELLER (Nederland) is author, director and producer. In 1987, he started his career as outfitter at castings, but he began standing behind the camera in 1990. Since then he has had success as a maker of commercials and music video’s, for e.g. Boy George, Die Toten Hosen and Zinoba. In 1997, Eller started the Miauw Project, which produces and initiates artistic and commercial projects. Next to commercials and music video's, he has worked on films, graphic design and art installations. He has worked for, amongst others, Rivella, KPN, Simyo, NS and Menzis. Wij [werktitel]/We (2018) is his first feature film in collaboration with publicity and film agency Habbekrats.