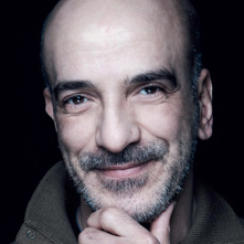 Two years after his birth, Rabah AMEUR-ZAÏMECHE (1968, Algeria) moved to France with his parents, where he grew up in the banlieue of Paris. After a study in humanities, he founded his own production company, Sarrazink Productions. His second film, Bled Number One (2006), was awarded at Cannes. Besides Cannes, his films have been screened in Berlin, Locarno and Toronto. Terminal Sud (2019) is his sixth film.