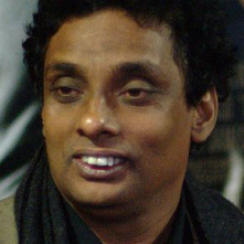 After directing several theatre plays, Prasanna VITHANAGE (1962, Sri Lanka) made his first feature film in 1992. His second feature, Dark Night of the Soul (1996), was based on Leo Tolstoy's novel Resurrection and won all the main awards at the Sri Lanka Film Critics Forum Awards. Vithanage is one of Sri Lanka's most prominent directors, and his work tackles various social-political issues of his homeland. He is no stranger to disputes with local censorship and regulatory bodies of governing regimes. Although initially banned, Vithanage's Silence in the Courts (2015) was the first documentary feature to have a cinematic run in Sri Lanka.