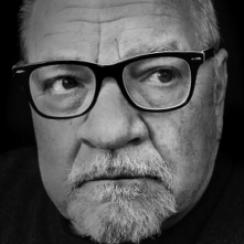 Paul SCHRADER (1946, USA) graduated in 1970 from UCLA Film School. He wrote the screenplay for Taxi Driver and Raging Bull by Martin Scorsese. In 1977 he made his directing debut with Blue Collar. Since then he has made many both critically acclaimed and popular films with well-known actors. In 1999, he received the Laurel Award for Screenwriting Achievement from the Writers Guild of America. In 2007, he headed the International Jury of the Berlin International Film Festival. Schrader was awarded the inaugural Lifetime Achievement in Screenwriting Award at the ScreenLit Festival in Nottingham, the UK, in 2009.