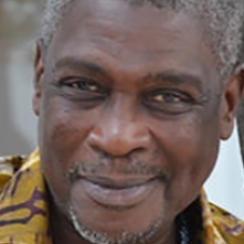 The Senegalese filmmaker Ousmane William MBAYE (1952, France) studied cinema in Paris, at the University of Paris VIII Vincennes. He returned to Dakar where he started as an assistant director. In 1979 he produced and directed his first short film The Child of Ngatch, which won the Bronze Tanit at the Carthage Film Festival. Between 1990 and 1997 he founded and coordinated the film festival Rencontres Cinématographiques de Dakar, RECIDAK. From the year 2000 and on, Mbaye started mostly making documentaries.