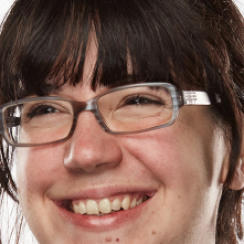 Nikoleta LEOUSI (1981, Greece) studied chemical engineering but decided she was interested in studying film. She did this in Greece and the UK where she completed an MA in fiction film production. Her short film Generator (2013) participated at the Film Festival in Drama, amongst others, where it was awarded the prize for best screenplay. She also participated in Berlinale Talents 2016 with the project 37 Days (2018) and Sarajevo Talents 2016.