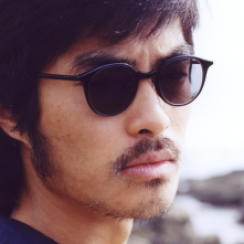 NAITO Takatsugu (1981, Japan) graduated in mathematics from the Tokyo Metropolitan University in 2005. During his studies he took a year off to travel through approximately thirty countries. His film Midnight Pigskin Wolf (2005) won an award at the PIA Film Festival in Japan and therefore received a scholarship which he used to make his feature début The Dark Harbour.