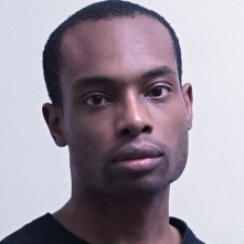 Michael OMONUA received his BA in Film Production at the University College of the Creative Arts, in Farnham, Surrey, and has since gone on to write and direct short films in both the United Kingdom and Nigeria. His shorts have wide ranging influences, from the humanist cinema of Ray, Ozu, and Bresson to the experimentation of French New Wave directors. Working in Nollywood, the film industry of Nigera, Omonua was disillusioned by the abundance of slapstick comedies and wedding films saturating the market. He then co-founded, along with two fellow Nigerian filmmakers CJ Obasi and Abba Makama, the Surreal16 Collective. Their mission is to set Nigerian cinema on a new course, inspired by the Danish Dogme 95 Movement.