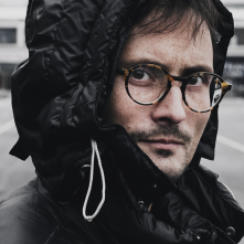 Michael NOER (1978, Denmark) graduated in 2003 from the National Film Academy of Denmark and went on to make shorts and documentaries. For his fiction feature debut R, selected for the Tiger Awards Competition in 2010, he collaborated with Tobias Lindholm, the scriptwriter of Jagten and Børgen. His first feature as a solo director was Northwest (2013), again situated in the criminal milieu of Denmark. Key House Mirror is Noer’s third feature.