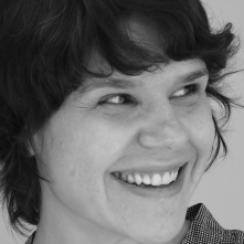 Maya DA-RIN (1979, Brazil) is a filmmaker and visual artist. At the Pontifical Catholic University she studied Design and Philosophy of Art. In 2010 she enrolled in the Cinema and Visual Arts programme at Le Fresnoy. By then she had already garnered attention for her documentaries Margem/Margin (2007) and Terras/Lands (2009), both shot in the Amazon region. In 2016 she obtained a master’s degree in Cinema and Art History at Sorbonne Nouvelle. Her films and video installations have been shown and awarded at film festivals and art institutions such as Locarno, DOK Leipzig and MoMA. Her first feature film, The Fever (2019), was selected by La Cinéfondation in Cannes and gained a Script and Project Development grant from the Hubert Bals Fund.