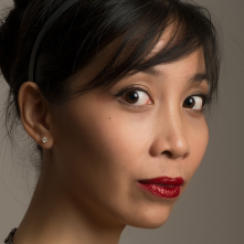 Mattie DO was born in California to Laotian parents. She moved to Laos after her father retired. Her debut, Chanthaly (2013), was the first Laotian film with a female director. It premiered at Fantastic Fest in Austin, Texas. Do worked with the Ministry of Culture to help attract foreign film productions to Laos, leading to the country's first international co-productions. In 2016 she directed her second feature, Dearest Sister, which also premiered at Fantastic Fest.