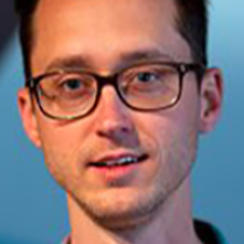 Matt PORTERFIELD (1977, USA) studied at the Tisch School of the Arts, New York University. His low-budget debut film Hamilton (2006), with a cast of non-professional actors, was called the most original, moving and accomplished American independent film in recent years by The New Yorker. His 2010 film Putty Hill was featured in the 2013 Whitney Biennial. I Used to Be Darker (2015) premiered at the Sundance Film Festival and was released commercially in various countries.