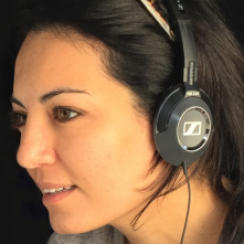 After studying in London, Maryam TOUZANI (1980) returned to her home country of Morocco and made two short films, in 2012 and 2015. Subsequently, together with her husband Nabil Ayouch, she worked on the script of his acclaimed film Much Loved (IFFR 2016). Touzani also co-wrote the script of Ayouch's latest film, Razzia (IFFR 2018), and debuted as an actress in the lead role. Adam (2019) is her feature debut and was nominated for the Un Certain Regard Award at the Cannes Film Festival.