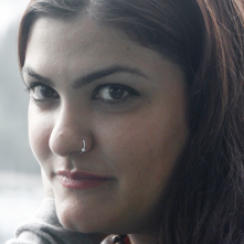 Born in Iran and living in Vancouver, Canada, Maryam NAJAFI studied at the University of British Columbia and at the Academy of Art University in San Francisco. She has worked as producer and director in Canada, Spain and the Middle East, founded her production company Mehr Studio in Vancouver and was co-producer of The Neighbor (2010). Kayan is her first full-length feature.