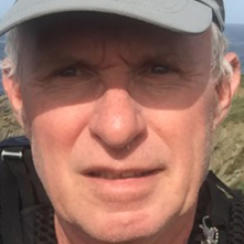 Martin de VRIES (1956, Netherlands) is director, editor, programme maker, producer and entrepreneur. He studied Product Design at the Design Academy in Eindhoven. From 1985, he was the regular editor of the famous Dutch TV programme Van Kooten en De Bie. From 1998 to 2014, among other projects, he edited and designed over 700 episodes of the VPRO series Dode Dichters Almanak/Dead Poets Almanac. In 2006, De Vries launched NostalgieNet, a digital TV channel targeting a fifty-plus audience. Together with film journalist and director Cees van Ede, he has made film portraits of famous Dutch actors and directors. Camino, a Feature-length Selfie (2019) is his directing debut.