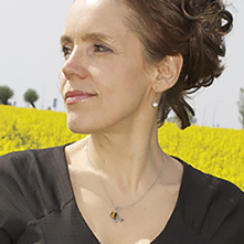 Maria ZENNSTRÖM (1962, Sweden) studied feature-film directing at Gerasimov Institute of Cinematography in Moscow, where she was a student of Anatoly Vasilyev. In Moscow she made two films Last Days of Leningrad (2016) and When I Came to My Brother whom I Had Not Seen for Ten Years... (1987). She is currently active as a writer and critic in Sweden. Zennström has written several acclaimed and award-winning novels and radio plays.