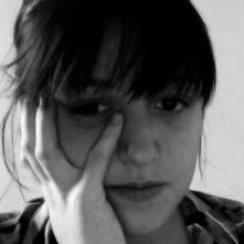 Maria Clara ESCOBAR (1988, Brazil) is a filmmaker and poet who is a graduate of Escola de Cinema Darcy Ribeiro in Rio de Janeiro. She co-wrote Julia Murat's Found Memories (2011), which received a Horizons Award Special Mention at the San Sebastian Film Festival. In 2011, she made the documentary The Days with Him, about her father. In 2019, she published her first book of poems. Desterro (2020) is her feature film debut.