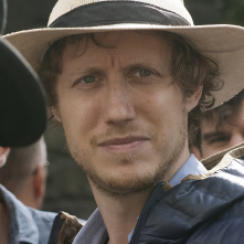 László NEMES (1977, Hungary) studied History, International Relations and Screenwriting in Paris. For two years, he worked as Béla Tarr’s assistant on two projects: Tarr’s contribution to the short-film compendium Visions of Europe (2004), and The Man from London (2007). In 2006 he attended the Tisch School of the Arts at New York University. Nemes went on to direct among others the short films Türelem (2007), which was shown at the Venice International Film Festival. In 2011 Nemes was awarded a place at the Cannes Cinéfondation Résidence du Festival, where he developed Son of Saul. This feature directing debut won him the Oscar for best foreign-language film and the Grand Prix in Cannes, followed by Sunset (2018).