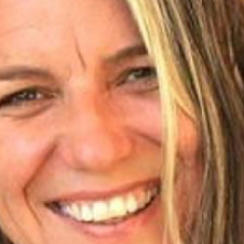 Karin SLATER from South Africa is an internationally award-winning documentary maker and photographer. Her documentary Meaning of the Buffalo premiered at Sundance in 2004 and screened in Berlin, at Hot Docs and in the Museum of Modern Art in New York. 50 Years! Of Love? won Best South-African Documentary in Durban in 2008. In Cannes, Slater won the Trailblazer Award at MIPDOC 2008.