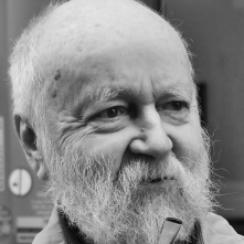 Karel VACHEK (1940, Czechoslovakia) studied direction at the Prague Film Academy (FAMU). In 1963 he shot his graduation film, Moravian Hellas, in Strážnice, about traditional folk celebrations there. Due to the furore and indignation this caused, it took several years before the film could be be screened publicly. As a director with the Krátký Film studio in Prague in 1968, Vachek shot the film Elective Affinities, a legendary portrait of the protagonists in the Prague Spring during the presidential elections of that year. He had to leave Krátký Film with the onset of the post-1968 'normalization' process, silenced by the Communist regime, and in 1979 emigrated to the USA. After 1989 he returned to Krátký Film and, over time, completed an extensive film tetrology that portrays Czech society from the 1990s up to the new century. Since 1994 he has taught in the Documentary Film Department of FAMU, becoming its head in 2002. The films of this 'enfant terrible of the Czech New Wave' are described as film novels because of their divergent structure and potent philosophical base, reminiscent of ​modern novels.

Moravian Hellas (1963), Elective Affinities (1968), New Hyperion or Liberty, Equality, Brotherhood (1992), What Is to Be Done? (A Journey from Prague to Český Krumlov, or How I Formed a New Government) (1996), Bohemia Docta or The Labyrinth of the World and the Lust-house of the Heart (A Divine Comedy) (2000), Who Will Watch the Watchman? Dalibor, or the Key to Uncle Tom's Cabin (2002), Záviš, the Prince of Pornofolk Under the Influence of Griffith’s Intolerance and Tati’s Mr. Hulot’s Holiday or The Foundation and Doom of Czechoslovakia (1918–1992) (2006), Obscurantist and His Lineage or The Pyramids' Tearful Valleys (2011), Komunismus a síť aneb konec zastupitelské demokracie/Communism and the Net or the End of Representative Democracy (2019)