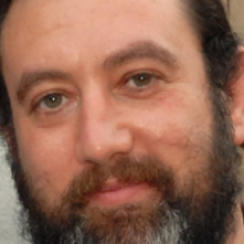 Film maker en screenwriter Justin MOLOTNIKOV (1969, Scotland) started out making two short films in 1998 en 1999 that played at festivals worldwide. After that he mainly worked as a director and screenwriter for television. Crying with Laughter (2009) is his first feature film. It is a project that he wrote and developed through improvisation workshops and then shot over 18 days, on a low budget. It had its world premiere at the Edinburgh International Film Festival in 2009.