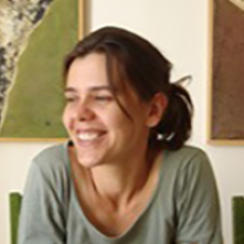 Juliette GARCIAS (1970, France) graduated in art history from the Sorbonne University in Paris. She worked as an editor for numerous documentaries and fiction films between 1994 and 2007. In 1998 she directed Under the Tables, her first short film. Be Good is her first feature.