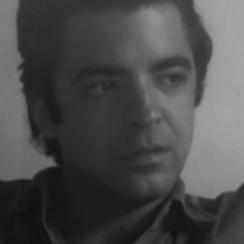 Joe DENARDO (1979, USA) is a filmmaker, cinematographer, musician and photographer. He has been a member of the punk group Growing for 13 years and also works as a solo artist. He has directed and photographed several shorts and music films, and a retrospective dedicated to his work was presented at UnionDocs in New York in 2014. Slow Machine is his first feature film.