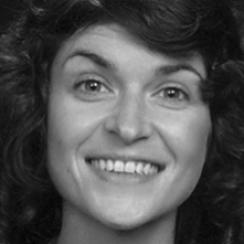 Jodie MACK (1983, UK) gained an MFA in film, video en new media from The School of the Art Institute of Chicago. She is an independent filmmaker and curator and teaches animation. Mack's abstract, handmade films use collage to explore the relationship between graphic cinema, storytelling and the tension between form and meaning. The works unleash the kinetic energy of overlooked and wasted objects and question the role of decoration in daily life. She received the Helen Hill Award from the Orphan Film Symposium in New York in 2010. In 2014, IFFR screened a collection of five films in Shorts Special: Jodie Mack. She was a 2018/19 Fellow at the Film Study Center at Harvard University.