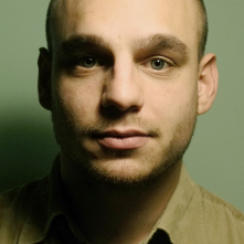 In 2016, Jelmer WRISTERS (1991, Netherlands) graduated in Audiovisual Media from the HKU University of the Arts in Utrecht with the short fiction film Das (2016). This work was successfully funded with a crowdfunding project at cinecrowd.com. With Das, Wristers won one of the wildcards from Filmfonds at the Netherlands Film Festival in 2016. Before making his graduation film, his other works included the short De Jager (2014) and the installation Mania (2013).