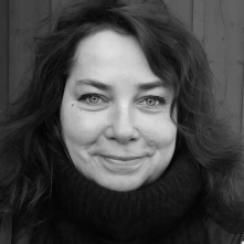 Jane MAGNUSSON (1968, Sweden) is a writer, film critic and filmmaker. She studied Film and Media Studies at the Brown University in the USA. She wrote the script of the feature film The Swimsuit Issue and collaborated on the award-winning Swedish documentary Ebbe: The Movie (2009). In 2012 Jane Magnusson and Hynek Pallas made the documentary TV-series Bergmans Video, which developed into the feature documentary Trespassing Bergman (2013). Her films premiered at Warsaw (Cupcake, 2014), Sundance (Vox Lipoma, 2018) and Cannes (Bergman – A Year in a Life, 2018). Magnusson has written novels and short stories and is the co-author of the international bestseller The Gentle Art of Swedish Death Cleaning. She was awarded the 2018 European Film Academy Award for Best Documentary for Bergman - A Year in a Life.