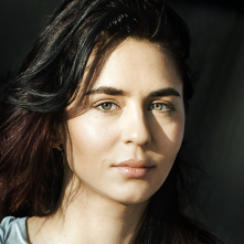 Polish filmmaker Jagoda SZELC (1984) studied Graphic Arts and Media Art at the The Eugeniusz Geppert Academy of Art and Design in Wrocław. She later became a student in Thessaloniki (Greece) and Lodz. Her films have been screened internationally at festivals such as IDFA and the Brooklyn Film Festival. Her short film Such a Landscape (2013) won the Golden Tadpole Award at Camerimage. She received Best Debut and Best Screenplay for her feature debut Tower. A Bright Day. (2017) in Gdynia.