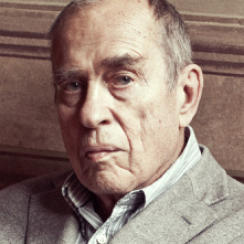 Jörn DONNER (1933, Finland) is a Finnish writer, filmmaker, producer, film critic and politician. He studied Literary Studies at the university of Helsinki, where he graduated in 1959, and at the age of 18 he also published his first novel. In 1961 he left Finland for Sweden, where he who spent most of his working life and where he also directed his first feature film, A Sunday in September (1963). In 1960 he started his own production company Jörn Donner Productions and in 1982 he produced Ingmar Bergman’s film Fanny and Alexander, which received four Academy Awards. For his novel Father and Son he received the Finlandia Prize in 1985. He is also one of the founders of the Finnish Film Archive and later he was also the director of the Swedish Film Institute. Since the 1990s, Donner has also been active as a politician in the Finnish parliament and between 1996 and 1999 he was also a member of European Parliament.