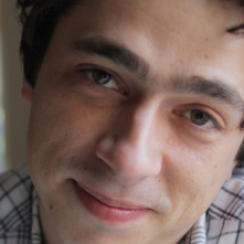 Ilian METEV (1981, Bulgaria) spent part of his childhood in Germany, where he initially pursued a career as a classical violinist. In 2008, he graduated from the UK National Film and Television School. He founded the production company Chaconna Films in 2010, which aims to create uncompromising work. His first long documentary Sofia’s Last Ambulance (2012) premiered at the Critics’ Week in Cannes, where it won the Visionary Award. Metev’s second feature 3/4 (2017) had its world premiere in Locarno, where it won the Golden Leopard for Best Film of the Filmmakers of the Present section.