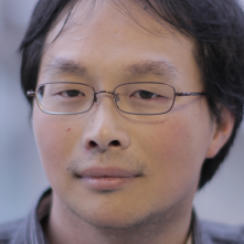 FUKADA Koji (1980, Japan) made his debut in 2004 with The Chair. Fukada attended the Faculty of Literature at Taisho University and the Film School of Tokyo, where he took classes in filmmaking in 1999. After his debut he joined the Seinendan Theater Company, whose play Human Comedy in Tokyo he filmed in 2009. He has a special taste for French cinema and he was particularly influenced by the films of Eric Rohmer. His film Hospitalité (2010), also screened in Rotterdam, received the Japanese Eye Award at the Toronto film festival and Harmonium (2016) won the Jury Prize in the Un Certain Regard division in Cannes. A Girl Missing (2019) was screened in the Contemporary World Cinema section at the 2019 Toronto International Film Festival.