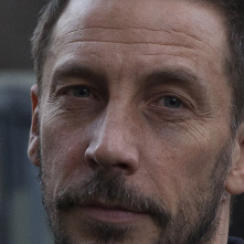 Eric BAUDELAIRE (1973, USA) is a visual artist who lives and works in Paris. His body of work consists of videos, photographs, printmaking and installations. Baudelaire is interested in the relationship between images and events, between fact and fiction. His first feature, The Anabasis of May and Fusako Shigenobu, Masao Adachi and 27 Years Without Images (2011) won the Special Jury Prize at DocLisboa. The Ugly One (2013), which premiered at Locarno, was his first narrative feature. His feature films have circulated widely at film festivals, including Locarno, Toronto, New York, FID Marseille and Rotterdam. When shown within exhibitions, Baudelaire’s films are part of broad installations that include works on paper, performance, publications and public programmes. His work is in the collections of the Reina Sofia Museum in Madrid, the MACBA in Barcelona, the Museum of Modern Art in New York and the Centre Pompidou in Paris. Un film dramatique (2019) won the Prix Marcel Duchamp, the biggest art prize in France.