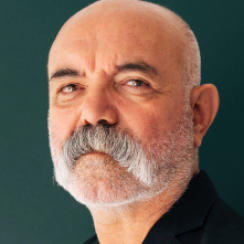 Ercan KESAL (1959, Turkey) is a writer, actor and filmmaker. Although he graduated from the Faculty of Medicine at Ege University, he became involved in filmmaking as an actor in Nuri Bilge Ceylan's Uzuk (2002). In 2008 he co-wrote the screenplay for Ceylan's Palme-d'Or-nominated Three Monkeys. He made his directorial debut with the short documentary Gone with the Hazelnuts (2018). You Know Him (2020), his first feature film, is based on his novella.