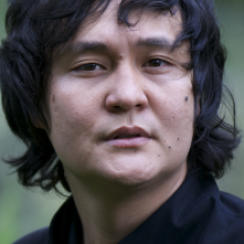 Emir BAIGAZIN (1984, Kazakhstan) is a director, writer and editor. He studied at the Kazakh National Academy of Arts and the Asian Film Academy. His feature debut, Harmony Lessons (2013), was nominated for a Golden Bear at the Berlin International Film Festival. The film was the beginning of a trilogy. The Wounded Angel (2015) was the second in this series and took home the Special Jury Prize in Jeonju. The River (2018) completes the trilogy.