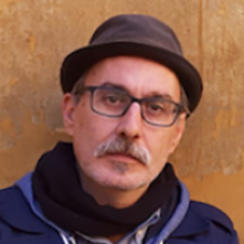 Emiliano AIELLO (1975, Italy) started his career working as a director and editor for the Audiovisual Production Centre of Roma Tre University. For this production centre, he has made several documentaries, including Samuel Beckett, una famiglia italiana (2006) and Opera per Cantalupo (2013), about artist Paolo William Tamburella. His documentary Il sogno di Omero (2018) – “a journey into the dreams of the blind from birth” – was awarded Best Feature Documentary at Rome Independent Cinema Festival and won the Public prize at Extra Doc Festival.