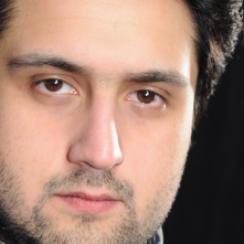 Azerbaijan-born filmmaker Elmar IMANOV (1985) is currently based Cologne, where he studied Directing at the internationale filmschule köln (ifs). His graduation film Die Schaukel des Sargmachers/The Swing of the Coffin Maker (2012) was presented at more than 120 film festivals and won 42 awards worldwide, among which the Student Oscar. His follow-up short TORN (2014) had its world premiere at Directors’ Fortnight in Cannes. Both films were produced by Eva Blondiau, with whom he founded the production company COLOR OF MAY.