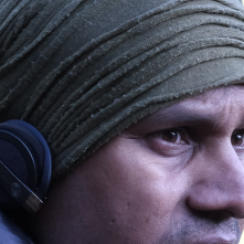 The feature film debut of Deepak RAUNIYAR (born 1978, Nepal), Highway, premiered in 2012 during the Berlin International Film Festival. It was the first Nepalese film ever to be selected for such an important festival. Before his debut, Rauniyar worked as a scriptwriter and producer for the BBC World Service Trust in Nepal, for which he made documentaries and a radio programme. Since 2010 he has his own film company, Aadi Production.