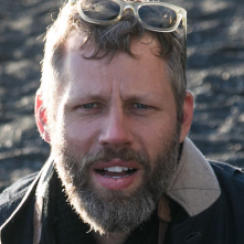 Darius MARDER (1974, USA) is an editor, writer and director. In 2008 he directed his documentary debut Loot. Four years later he co-wrote the screenplay for Derek Cianfrance's The Place Beyond the Pines (2012). Sound of Metal (2019) is his fiction feature debut.